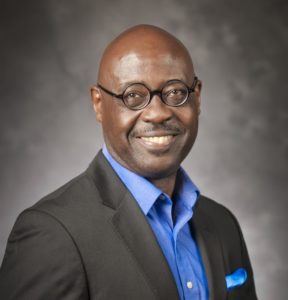 Willie Jennings’ book The Christian Imagination: Theology and the Origins of Race (link is external) (Yale 2010) won the American Academy of Religion Award of Excellence in the Study of Religion in the Constructive-Reflective category the year after it appeared and, in 2015, the Grawemeyer Award in Religion, the largest prize for a theological work in North America. Englewood Review of Books called the work a “theological masterpiece.” His commentary on the Book of Acts, titled Acts: A Commentary, The Revolution of the Intimate (for the Belief Series, Westminster/John Knox) received the Reference Book of the Year Award from The Academy of Parish Clergy in 2018.

Dr. Jennings has also recently published a book that examines the problems of theological education within western education, entitled After Whiteness: An Education in Belonging (link is external) (Eerdmans, 2020).

Jennings is now working on a major monograph provisionally entitled Unfolding the World: Recasting a Christian Doctrine of Creation as well as finishing a book of poetry entitled The Time of Possession.

Writing in the areas of liberation theologies, cultural identities, and anthropology, Jennings has authored more than 40 scholarly essays and nearly two-dozen reviews, as well as essays on academic administration and blog posts for Religion Dispatches.

Jennings is an ordained Baptist minister and has served as interim pastor for several North Carolina churches. He is in high demand as a speaker and is widely recognized as a major figure in theological education across North America.

A Calvin College graduate, Jennings received his M.Div. from Fuller Theological Seminary and his Ph.D. in religion and ethics from Duke.