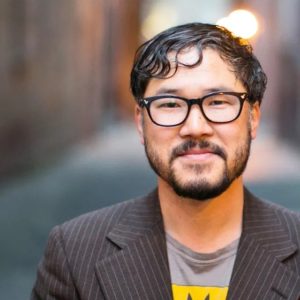 Rev. Eugene Cho’s many passions involve leadership, justice, the whole Gospel, and the pursuit of God’s Kingdom here on this earth. He travels throughout the world to encourage churches, non-profits, pastors, leaders, missionaries, and justice workers – whether this happens in churches, arenas, conferences, universities, or as a guest in underground churches or refugee camps.

Eugene is the President/CEO Bread for the World (July 1, 2020), a prominent non-partisan Christian advocacy organization urging both national and global decision makers to help end hunger – both in the United States and around the world. Bread has been engaged in this critical discipleship of advocacy for the hungry and vulnerable since its inception in 1974.

He is also the founder and visionary of One Day’s Wages (ODW) – a grassroots movement of people, stories, and actions to alleviate extreme global poverty. The vision of ODW is to create a collaborative movement that promotes awareness, invites simple giving (one day’s wages) and supports sustainable relief through partnerships, especially with smaller organizations in developing regions. Since its launch in October 2009, ODW has raised over $8 million dollars for projects to empower those living in extreme global poverty. ODW has been featured in the New York Times, The Seattle Times, NPR, Christianity Today and numerous other media outlets.

For his entrepreneurial work, Eugene was honored as one of 50 Everyday American Heroes and a recipient of the Frederick Douglass 200 – included in a list of 200 people around the world who best embody the spirit and work of Frederick Douglass, one of the most influential figures in history.  Eugene was also the recipient of the 2017 Distinguished Alumni Award from Princeton Theological Seminary.

Eugene recently published his second book, Thou Shalt Not Be a Jerk: A Christian’s Guide to Engaging Politics. His first book was published in 2014: Overrated: Are We More in Love with the Idea of Changing the World Than Actually Changing the World?

Eugene and Minhee have been married for 23 years and have three children. Together, they live in Seattle, Washington.